How Long do Mosquitoes Live? 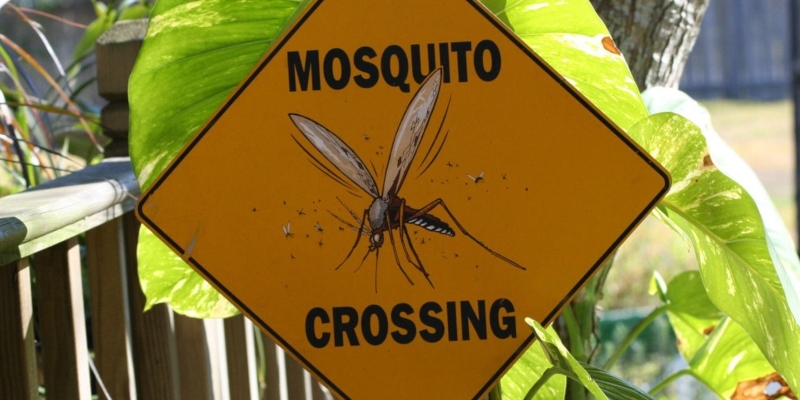 Is there anything better than summer? The days are long and there are plenty of backyard barbecues, pool parties, and umbrella drinks to enjoy. However, with the sweetness of summer comes one major nuisance, mosquitoes. Depending on where you live, mosquitoes may plague you all summer and throughout the year as well. While it may not seem like it, mosquitoes do, in fact, die. However, their lifespans and life cycles are fine-tuned to survive, thrive, and bite.

Lifespan of a Mosquito

Female mosquitoes drink blood after mating in order to nourish their eggs and help them develop. Blood from humans and animals contain vital proteins and energy that mosquito eggs need to mature and grow. To find a suitable blood supply, female mosquitoes use highly sensitive sensors to detect CO2 and sweat emissions. Based on these emissions, a female mosquito will decide who or what to bite.

While environmental factors such as moisture and temperature can affect a mosquito’s life cycle, it is always comprised of the following four stages:

As mentioned above, female mosquitoes feed on blood once they mate. After their blood meal, the female mosquito will lay her eggs in areas with standing water or a water source. Ponds, puddles, ditches, creeks, swimming pools, and containers filled with water are all suitable places for female mosquitoes to lay their eggs.

Once they have hatched from their eggs, mosquitoes become larvae. Mosquito larvae are commonly called “wigglers.” Wigglers look like little, hairy worms and stay in the water up to 14 days. Here, they hang upside down and feed on microorganisms. Feeding on algae and fungi help larvae grow and molt 4 times. At the end of their final molt, the larvae become pupae.

Lighter than wigglers, mosquito pupae float at the water’s surface. Unlike larvae, mosquito pupae do not eat or molt. Instead, this stage is all about transformation and metamorphosis into an adult mosquito occurs within the pupal shell. If the pupa is disturbed at any point during this 1 to 4 day stage, it will dive and tumble in order to protect itself. Once the adult mosquito has developed within the pupa, it will split open the pupal shell and emerge to the surface of the water.

A mosquito is considered an adult once it has emerged from the pupa. Male mosquitoes hatch first followed shortly by the females. Once both sexes have hatched, a mating swarm will begin. After consuming a blood meal, the female mosquito can lay up to 300 eggs and the cycle begins again.

While a pesky mosquito may not seem like much of a threat, it is actually the deadliest animal in the world. Mosquitoes are notorious for transmitting diseases and viruses. The most lethal infectious disease a mosquito can transmit is malaria. In order to help combat the spread of mosquito-borne diseases, Aptive has partnered with the United Nation’s Nothing but Nets campaign.

A child dies every minute from malaria. As a proud sponsor to help save lives, Aptive dedicates a portion of company profits annually to Nothing But Nets to provide insecticide-treated bed nets to countries with the greatest need. Aptive’s integrated pest management and firm commitment to the environment separate us from the competition. If you have a pest problem that needs controlling, call Aptive Environmental today.